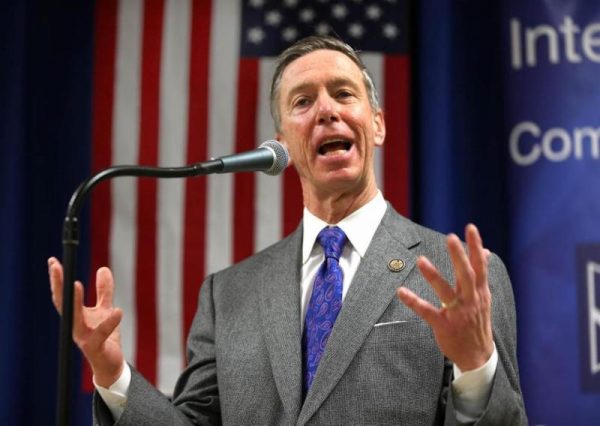 Over 200 members and friends of the Newmarket Business Association joined us on February 28th to celebrate our biggest event of the year, the 41st annual Newmarket Meeting and Charitable Fundraiser!

This year, we were pleased to welcome Congressman Stephen Lynch as our keynote speaker! Throughout his long career in public service, Congressman Lynch has been a great supporter of the Newmarket Industrial Area, and we are very grateful for his presence and words.

We would also like to extend our thanks to John Fish and Suffolk Construction for their incredible generosity in hosting our event!

2018’s Annual Meeting was our most successful event ever, and this year we once again shattered our own records, raising almost one hundred thousand dollars towards our charitable and economic growth activities!

We’re looking forward to another busy year in Newmarket. With all of your support, we hope to keep making Newmarket a better place for all of us to live and work! 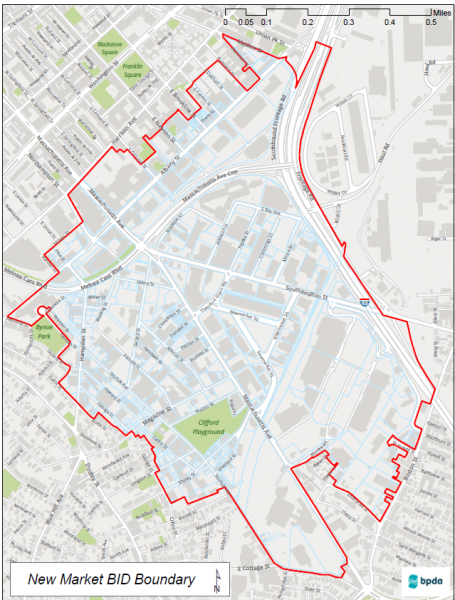 A Newmarket Business Improvement District is in the Works!

Given the changing issues facing Newmarket and the always-evolving nature of our neighborhood, we have begun the process of establishing a Business Improvement District in the area.

A BID creates a stable local management structure that provides a sustainable funding source for the long-term maintenance of commercial and industrial centers. The Newmarket BID will seek to improve and support the business environment in Newmarket with the input of property owners and BID management.

If approved, some of the areas where the BID will focus its efforts are:

Are You a Veteran, Minority, or Woman-Owned Business?

As we work to assist all of our member companies in their business growth, it is imperative for us to understand the demographics of the businesses that call Newmarket homes. As such, we are creating a list of all veteran, minority or woman-owned businesses in the NBA.

If you are included in this group, please Click Here and answer our brief survey! 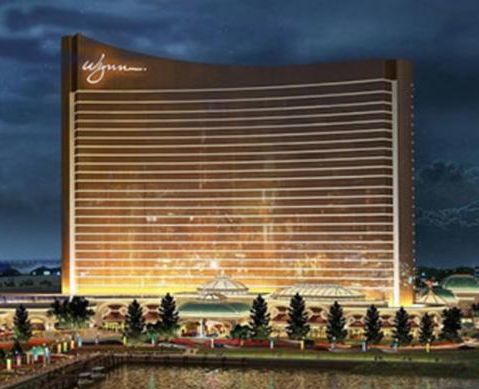 With the recent opening of the MGM Casino in Springfield and the opening next month of the Encore Boston Harbor Casino, huge new sources of economic activity are coming to the area. With this in mind, the NBA has taken an active role to ensure that our Newmarket members are among the businesses benefiting from this opportunity. 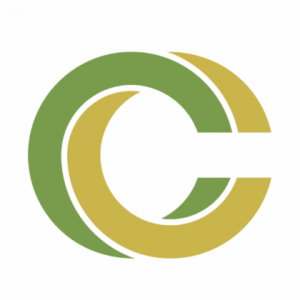 Cannabis Development in Boston and Newmarket

On January 24, the City Council Committee on Small Business and Consumer Affairs held a public meeting to examine and discuss best equity practices in the City’s marijuana licensing process and potential for a social equity program.

The subject is of great importance to Newmarket as marijuana businesses scramble to move into all parts of Boston, including our area. Under current restrictions, no cannabis businesses may be situated within a half-mile of any others, regardless of whether they are being used for medical or recreational retail or cultivation.

The Newmarket Area currently contains two sites that have received their approvals from the City. The first is a medical dispensary on Clapp Street that has agreed not to sell recreationally for a number of years. The second is a cultivation and testing facility on Hampden Street with no retail component.

The NBA supported both of these projects due to their relatively low impact on the area, and because between the two of them, their half mile radii insulate the district from further cannabis development. This has not stopped others from desiring to site dispensaries here.

At recent public meeting, the Alchemy League, headed by local resident, made a push to put a recreational marijuana dispensary in Newmarket. While indicating that they wanted it to be at 60 Newmarket Square, they neither had site control nor were in negotiation with ownership. Additionally, the site in question is within a half mile of both approved facilities. In this light, NBA is strenuously opposed to the project, as are all surrounding neighborhood organizations. 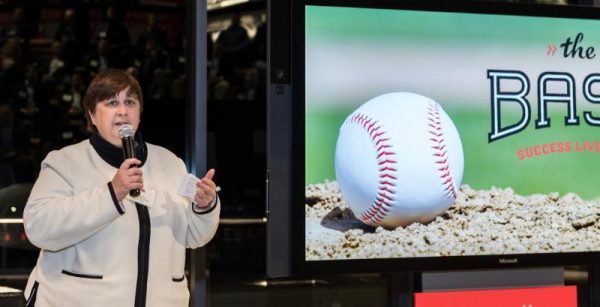 NBA Partners with The BASE for Urban Talent Pipeline

This month, Executive Director Sue Sullivan was interviewed about the new relationship between The BASE and the NBA, and the Urban Talent Pipeline we are developing to connect BASE students and graduates with jobs in Newmarket businesses.

The BASE is a baseball nonprofit organization founded by Robert Lewis in 2013. The BASE supports students in the city by, in addition to engaging them in sports, enrolling them in its Academic & Career Institute, which offers tutoring support, college and career visits, college application and financial aid guidance, skills workshops, and more.

The BASE intends to revitalize and utilize Clifford Park to serve hundreds of Boston kids for their baseball programs. 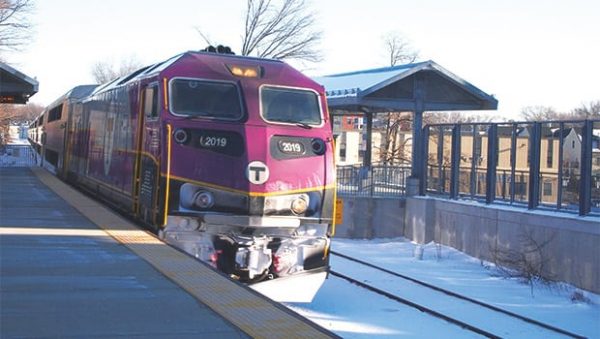 Late last year, State Representative Evandro Carvalho filed a bill to institute a two-year pilot program for increased frequency of service on the Fairmount Line. This bill would not only make trains come more often, but rebrand the line from a part of the Commuter Rail system to “an urban Rapid Transit line under the Indigo Line brand” that would function similarly to Boston’s Red, Green, Blue and Orange lines.

Despite many who believed that the measures would be poorly received by the Joint Committee on Transportation, the bill passed favorably through committee but unfortunately was not addressed by Ways & Means before the end of the legislative session.

While Rep. Carvalho is no longer in office, a number of State Representatives have agreed to jointly file the bill, including Rep. Liz Miranda, Rep. Dan Cullinane, Rep. Russell Holmes, Rep. David Biele, and Rep. Angelo Scaccia. The NBA and our allies in the Fairmount-Indigo Transit Coalition will continue to work with lawmakers and advocate for this bill that would transform public transportation in the Newmarket area and entire Fairmount Corridor. 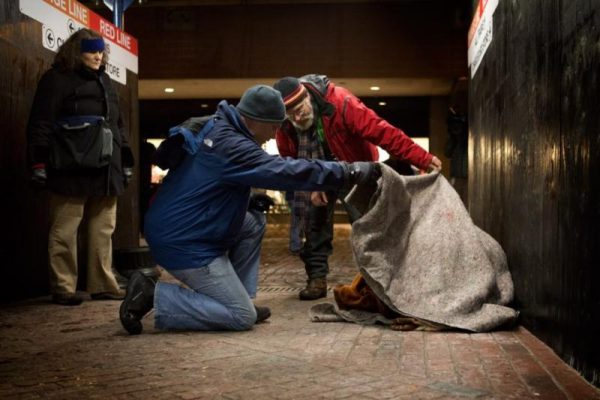 On the night of January 30th, in 30 below weather during the worst of the Polar Vortex, Mayor Marty Walsh led hundreds of volunteers in the city’s 39th annual homeless census. The street count is part of a larger census of homeless adults and families in emergency shelters, transitional housing, and domestic violence programs.

In 2017, Boston was identified by the U.S. Department of Housing and Urban Development (HUD) as the city with the lowest percentage of unsheltered people living on the street of any city conducting a census. Last year, less than three percent of Boston’s homeless population was sleeping on the street.

The results from this year’s homeless survey will be available in the coming months.

In the past month, the NBA has met several times with representatives from the Boston Cyclists Union to discuss safety measures on Massachusetts Avenue.Together, the two organizations are working to identify a method through which bicycle lanes or an alternative method of making transportation safer for cyclists can be added to our area.

We are very cognizant of the many issues with large numbers of trucks and bicycles coexisting along Mass Ave, and are constantly looking for ways to improve safety without compromising the ability for the hundreds of trucks used each day by Newmarket businesses to operate efficiently. 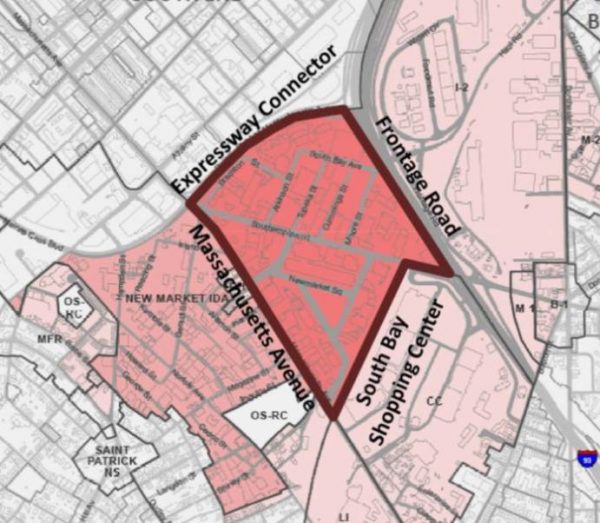 In June of this year, Mayor Marty Walsh announced that the Boston Planning and Development Agency (BPDA) will be launching planning initiatives in Downtown, East Boston, Mattapan, Allston-Brighton, and Newmarket. The BPDA plans to undertake these studies with the three principles of “preserve, enhance, and grow,” and will work with the community to create a comprehensive vision for each of the planning areas and guide future growth and investment.

At the NBA membership meeting on 11/14, the three BPDA planners assigned to the Newmarket planning study attended to talk about the initiative, as the first in a series of conversations with the Newmarket community about the future of the area. The three are all among the most senior planners at the BPDA, and strongly committed to keeping Newmarket as the “job center” of Boston.

The planning process will begin in Spring 2019, and is expected to consist of 6 months of planning and another 6 months of translating their findings into new zoning.

These spaces are currently for lease in Newmarket:

This real estate news section is a monthly feature of this newsletter. If you have property for lease or sale that you would like us to include, please contact us at nba@newmarketboston.org.